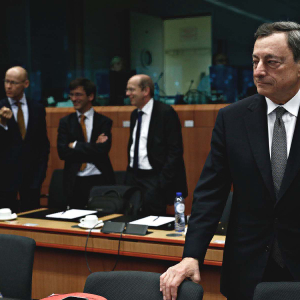 Preparing for a change at the top, the European Central Bank has decided to keep interest rates on hold and at their all-time lows. Mario Draghi, who had his last monetary policy meeting as president of the ECB, is leaving after an eight-year term during which key rates were never raised. At the subsequent press […]The post Mario Draghi Leaves European Central Bank Without Ever Raising Interest Rates appeared first on Bitcoin News.